What Is a Herniated Disc? (Signs and Symptoms) 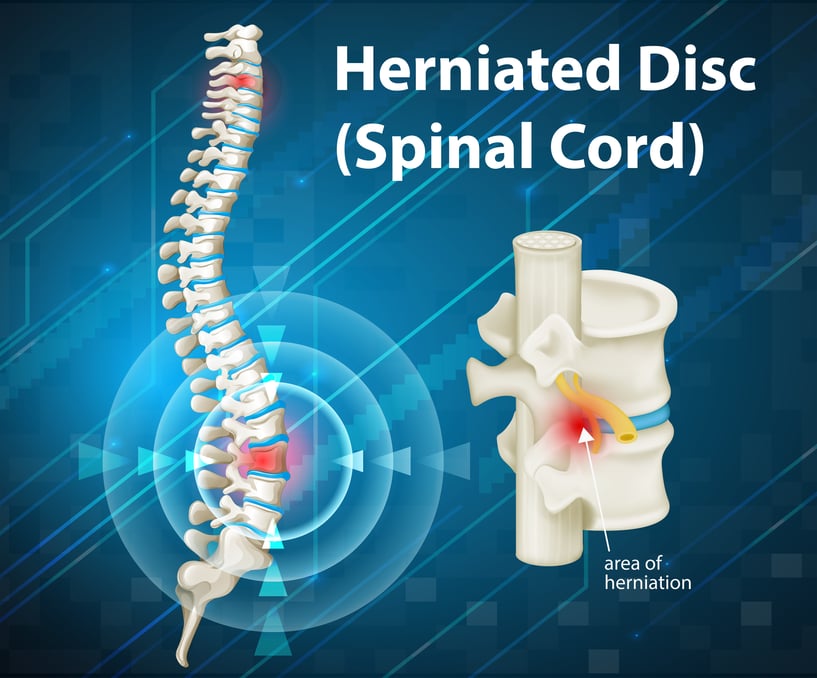 The spine is among the most innovative inventions to be found in the natural world. Over 50,000 animal species have a spine, a remarkable combination of structural strength and flexibility that provides great freedom of movement as well as a firm, solid base that ties the entire body together.

In humans, the spine is made up of 33 roughly donut-shaped bones (vertebrae) and 23 discs (tough, rubbery connective tissue, filled with a jelly-like substance). The discs and vertebrae are stacked together like a very tall bagel sandwich. The holes in each component align to permit the passage of the spinal cord, providing an excellent, protective bony sleeve.

However, the spine’s strong and flexible construction may also prove to be its greatest weakness. The discs in the spine provide spacing, cushioning, and allow for dynamic alignment of the vertebrae. Yet, in the very act of doing their jobs, the discs are susceptible to damage. They may become torn by an impact, ripped by a bone spur or edge of a fracture, or even frayed over the years, simply through everyday use.

When a disc becomes so damaged that the tough outer tissue (the annulus fibrosus) tears and allows the gel-like center (nucleus pulposus) to leak out, that condition is what is known as a herniated disc.

Are there other names for a herniated disc?

Doctors have coined multiple names for the injury known as a herniated disk. Among them are: 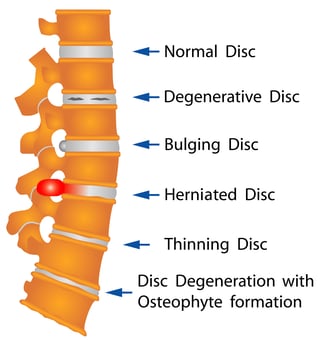 All refer to the same condition: a damaged spinal disc whose nucleus pulposus has leaked out. The causes for each specific term may differ, but the result is the same, a herniated disc.

Medically, the term “herniation” refers to “an abnormal protrusion of tissue through either a normal or abnormal opening.” The protruding tissue may be an organ or any body structure, and the hole through which is protrudes may be a membrane, muscle, or bone.

Why does a herniated disc hurt?

The pain caused by a herniated disc may arise from the nerves inside the damaged disc, or from any spinal nerves being affected outside of the herniation. The two types of pain are known as axial and radicular.

1) Axial: pain originating within the herniated disc. A tear within the disc may allow the gel-like nucleus pulposus to herniate into the disc’s interior. The oozing jelly contains inflammatory proteins, which will irritate the nerves within the outer rim of the disc, causing pain located completely within the damaged disc.

2) Radicular: pain originating outside the herniated disc. If the exterior of the disc is ruptured, allowing the nucleus pulposus gel to herniate outside of the disc itself, the bulging tissue often escapes into the only available opening—the disc’s donut hole, through with the spinal cord and other spinal nerves run. The resulting pressure will painfully irritate or compress the nerve. This condition is known as a pinched nerve. 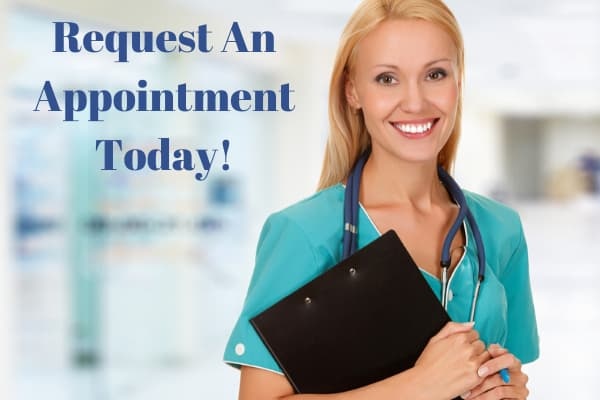 What are the symptoms of a herniated disc?

Among the symptoms of a herniated disc are:


Back or neck pain that is caused by strains or sprains will respond to treatment within days or weeks. OTC medications like ibuprofen and naproxen, gentle stretching, ice packs, and rest are the conventional ways to treat the pain caused by overuse or overextension.

Pain in the neck of back lasts longer than three months, even with treatment, may indicate the possibility of a herniated disc.

What can cause a herniated disc?

Any one (or more) of the 23 discs in a human spine may become herniated. Injuries, overuse, and aging are the most common causes. Aging is a particularly common culprit, as all discs experience normal degeneration throughout a lifetime, losing water content and flexibility through the years.

Doctors have identified some factors that will increase the risk of suffering a herniated disc. They include the following:

Disc herniations are classified by their location. The most common place for herniated discs are in the lower back, followed by the neck.

If you suspect you have a herniated disc, see a doctor immediately to avoid doing further damage to the spine. Call Coastal Orthopedics in Coprus Christi, Texas at (361) 994-1166 today!