Common Causes and Risk Factors of a Herniated Disc 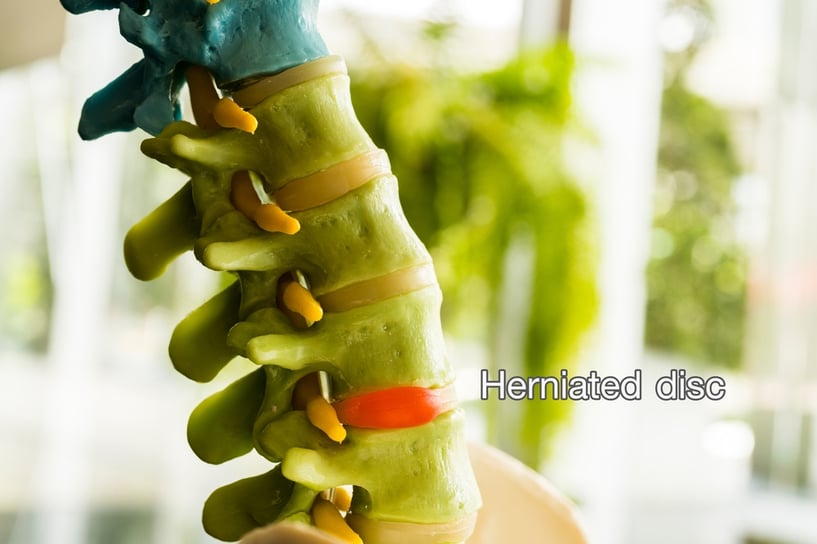 Minor neck and back pain is a relatively common ailment. Most such pains may be considered to be minor nuisances, and are likely to have been caused by impact injuries (contusions), pulled muscles (strains) and overstretched ligaments (sprains). These pains are easily treatable with over-the-counter (OTC) medications, ice packs, heat packs, and rest. One to two weeks of conservative treatments often do the trick for relieving this minor spinal pain.

Unfortunately, millions of people suffering from neck and back pain are dealing with a more serious, chronic (long-term) condition: a herniated disc. Some studies find as many as half of all Americans over the age of 50—and one-third of all Americans total—suffer from some form of disc herniation.

What Is a Disc?

The human spine is a stacked column of 23 discs and 33 bones (vertebrae). The vertebrae provide structural strength, stability, and protection, while the discs provide the following:


The spine’s 23 discs alternate with the first 23 vertebrae. The lower eight vertebrae are fused into two structures, the sacrum and the coccyx, and contain no intervertebral discs.

The outsides of the discs (called the annulus fibrosis) are made of thick, pliable, rubbery cartilage. This is the same type of connective tissue that makes up your nose and outer ears, as well as the internal tissues that wrap and protect your joints.

Inside of each disc is a jelly-like substance, called the nucleus pulposus. It is this thick, liquidy fluid that allows the disc to absorb vertical shocks so well.

What Is a Herniated Disc?

In medicine, the word “herniation” is defined as: “the abnormal protrusion of a body organ or other tissue through an 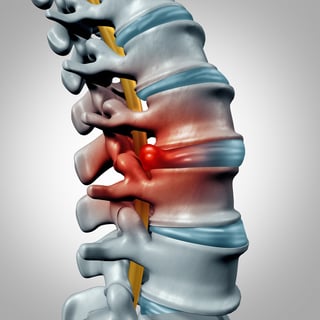 opening in its surrounding membrane, muscle, or bone.”

A herniated disc is exactly that: the outer layer of the disc (annulus fibrosis) becomes damaged or torn badly enough for the inner liquid (nucleus pulposus) to leak, or herniate, out of its normally sealed compartment.

Pain may occur inside the damaged disc itself (axial pain), outside of the disc (radicular pain), or at both locations. Inside the disc, the oozing liquid may irritate the nerves located within the disc itself, due to the inflammatory proteins that comprise the nucleus pulposus.

Should the nucleus pulposus gel herniate outside of the disc entirely, it may cause pressure and irritation on the spinal nerves running past it. This condition is sometimes called a compressed nerve, or a pinched nerve.

Are There Other Names for this Condition?

There are many terms that refer to a herniated disk. Among the many very descriptive synonyms are:


A slipped disc may also be classified by its location. The bones of the spine are grouped into three primary areas (remember, the final 8 vertebrae are fused and contain no discs) that identify where the disc disease has occurred.

The lower back is the most common location for a herniated disc to occur. This area of the spine serves as the base of support for the entire upper body, and most twisting and lifting motions occur in the lumbar region.

The cervical spine, or neck, is another common area for slipped discs. The human head weighs approximately eleven pounds, which is supported entirely by the first vertebra at the top of the spinal column.

The two most common causes of disc injury are aging and injury.


What Are the Risk Factors Increasing the Chances of a Slipped Disc?

Doctors have identified some factors that will increase the risk of suffering a herniated intervertebral disc. They include the following:

In addition, men are statistically more likely to experience some form of disc disease than women.

Feel free to call Coastal Orthopedics in Corpus Christi todat to schedual an appointment at (361) 994-1166.