Sedentary Lifestyle and its Health Risks on the Body

At the end of a long day or week, being a couch potato and catching up on your favorite TV shows or video games can be relaxing. But what's the true cost of all that "down time"?

What is a sedentary lifestyle?

The definition of a sedentary lifestyle (sometimes called "sitting disease") is one in which a person has no regular physical activity. A typical sedentary person of working age may have a sedentary occupation that keeps him or her seated and using a computer all day. Commuting to and from work in cars or on buses or trains leads to additional time sitting or being still.

For sedentary workers, nights and weekends may involve sporadic or minimal exercise, but for the most part, someone who is sedentary is more likely to be found sitting or lying down in his or her free time too, engaged in one of the following activities:

Many older people and retirees are often sedentary due to pain and reduced mobility from conditions like arthritis.

Increasingly, though, our sedentary culture has lead to younger adults and children becoming physically inactive. The rise in popularity of the Internet, smart phones, and video games has contributed to a round-the-clock lack of exercise in people everywhere, from rich countries like the United States to the developing world. Women who stop exercising during their pregnancies are also at risk.

This lack of physical activity is incredibly harmful to health, contributing to a host of short-term dangers and long-term diseases.

the Health risks of a SEDENTARY LIFESTYLE

Numerous studies exist to show the short-term and long-term health problems associated with inactivity. The effects of a lack of exercise throughout the day can lead to serious repercussions, including the following. 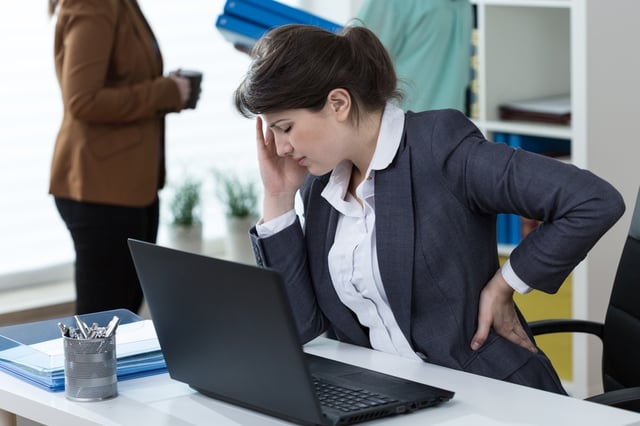 Too Much Sitting: Diseases and Dangers

Back, neck pain, and repetitive stress syndromes. Lumbar and cervical pain and posture issues from sitting and looking at computer screens is extremely common. In fact, back pain and repetitive stress are the major causes of disability and absenteeism from work. Likewise, strains like carpal tunnel syndrome can result from too many uninterrupted hours of sitting and working at a computer.

Cancer. Being sedentary has been associated with certain types of cancers, including breast cancer and colon cancer.

Clots and strokes. Pulmonary embolism (lung clots) that begin as deep vein thrombosis (leg clots) can lead to death in people who are chronically inactive, especially if you are elderly, immobile, have recently had surgery, or are pregnant. Women are particularly at risk for leg clots associated with excessive sitting. If you're inactive, stroke risk may also increase by up to 50 to 75%.

Depression and mental illness. Excessive screen time and television watching have been linked to notable increases in psychological distress and depression. For example, one study found that inactive middle-aged women who sat more than seven hours per day were three times as likely to have symptoms of depression as active women who sat for only four hours per day. Similar results have been found in inactive children and teenagers.

Diabetes Type 2. Studies have indicated that people who sit and watch TV more than two hours per day have up to a 20% increased risk of developing diabetes.

Inflammation. Lack of activity may worsen inflammatory responses. If you have arthritis, not exercising could actually be making your pain and stiffness worse.

Metabolic syndrome. Most often associated with obesity (high BMI and large waist circumference), this syndrome also includes two of the following: high blood pressure, elevated triglyceride level, low high density lipoprotein (HDL) cholesterol level, and higher than normal fasting plasma glucose. Men and women who sit more have up to a 73% greater chance of developing metabolic syndrome as opposed to those who are more active.

Muscle degeneration. Not exercising can lead to muscle weakness, atrophy, and poor grip strength. Poor overall strength can decrease independence, especially in the elderly, and increase likelihood of falling and becoming seriously injured (for example, damaging a hip and requiring hip surgery).

Obesity. Too little activity can lead to excessive weight gain, especially around the midsection. Obesity has been linked to a cluster of other diseases, including cancer, diabetes, heart disease, metabolic syndrome, depression, and back and joint pain.

Osteoporosis. Formerly a disease associated only with age, the reduction of bone density due to inactivity is now starting to affect younger people as well. Without weight-bearing activities, bones are not stimulated to grow stronger. In middle-aged or older people who've already begun to lose bone density, they may find the process speeding up as a result of their sedentary lifestyle.

Lastly, the general, overall risk of mortality (death) increases with inactivity. Being sedentary has been associated with an up to 49% increase of death from any cause.

Is all that sitting worth it?

how not to be sedentary 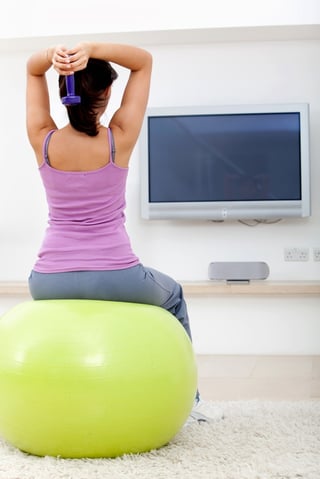 The good news is, studies have shown that you don't need to become a serious athlete to increase your physical activity enough to improve your health.

If you work in a sedentary job or watch a lot of TV, taking brief standing breaks every hour to stretch or walk around can cut your health risks drastically. For example:

Many studies show similar results. Throughout the day, short bouts of just about any physical activity can go a long way toward improving your health and reducing risk of illness and disease.

A few easy ways to incorporate healthy movement into your day include:

The most important thing is to stay conscious of how much time you're spending on the couch or in the chair. Remember: movement is your ally. The more you move, the stronger you'll be. Injuries and surgery can happen to anyone in any condition; but if you're healthy and strong, you'll be better equipped to heal and recover quickly.

Are you looking for an exercise program to help you get healthier? Give Coastal Orthopedics in Corpus Christi a call and ask for a consultation. Telephone: 361.994.1166.