Competitive cheer: the most common injuries 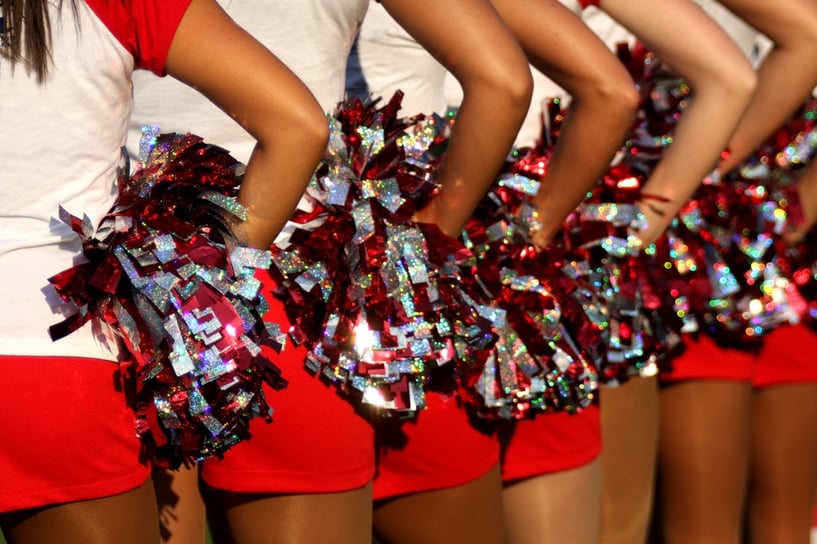 With its elements of school spirit, dance, gymnastics, and daring stunts, competitive cheerleading is an extremely popular high school athletic activity. Over 400,000 high school girls participate in cheer each year, and many continue on to compete in college.

When practiced safely and responsibly, cheer is a fun activity with a low rate of injury — safer than most other high school sports. However, it does have some risks.

Competitive cheerleading has a lower rate of injury than most other high school sports. However, according to studies, those relatively infrequent cheerleading injuries tend to be more severe and sometimes debilitating, at least temporarily.

Concussions — mild traumatic brain injuries caused by a jolting of the brain inside the skull — account for about one-third of all cheer-related injuries.

Cheerleaders sometimes get concussed by falling during a stunt and hitting their heads on the ground.

However, it's even more common for a teammate at the base of a stunt (for example, at the bottom of a pyramid formation) to sustain a blow to the head — to be elbowed or kicked by someone who is being thrown or caught.

Though concussions happen to both male and female cheerleaders, in general they are statistically more likely to happen to females.

Recent studies show that women sustain concussions at a higher rate than men. Researchers believe hormonal differences may be partly responsible for women's sensitivity to brain injury. Women also have less isometric neck strength and girth, which may make the head more vulnerable to sudden movements.

Because so much jumping, landing, and pivoting is involved in cheer, ligament sprains are common — especially in the ankles and knees. Cheerleaders, particularly girls and young women, need to beware of: 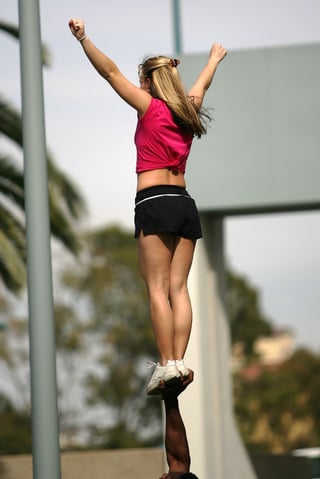 Muscle strains are stretches and tears of the muscle due to sudden stress — for example, moving the muscle quickly and forcefully.

Strains can happen when making explosive or sudden moves. They can also happen when an athlete works a muscle that isn't properly warmed up or conditioned for the current level of activity.

The jumps, twists, splits, and acrobatic moves of competitive cheer put stress on just about every muscle in the body. Strains are common in all the major muscle groups.

Fortunately, most strains can repair themselves with RICE therapy and NSAIDs (over-the-counter anti-inflammatory pain medications like naproxen or ibuprofen).

Cheerleading can lead to several types of fractures, all of which require a doctor visit and X-rays to diagnose. Some fractures may heal quickly (in a couple of weeks), but others will require splinting, casting (with crutches), or a brace. In some cases, bone growth stimulation therapy may be advisable to speed the healing process.

Frequent fractures seen in cheerleaders include:

Cheerleaders who performing tumbling moves support the entire weight of their bodies on their wrists and elbows, which can lead to injury. Cheerleaders who form the bases of stunts undergo similar stresses when they're supporting teammates.

Studies show that most competitive cheerleading injuries happen at practice, not at games or competitions.

To prevent injuries at practice, cheer teams or squads can follow some key safety measures: 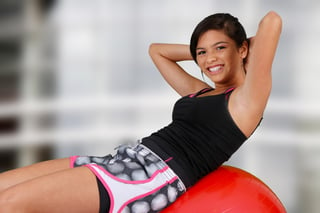