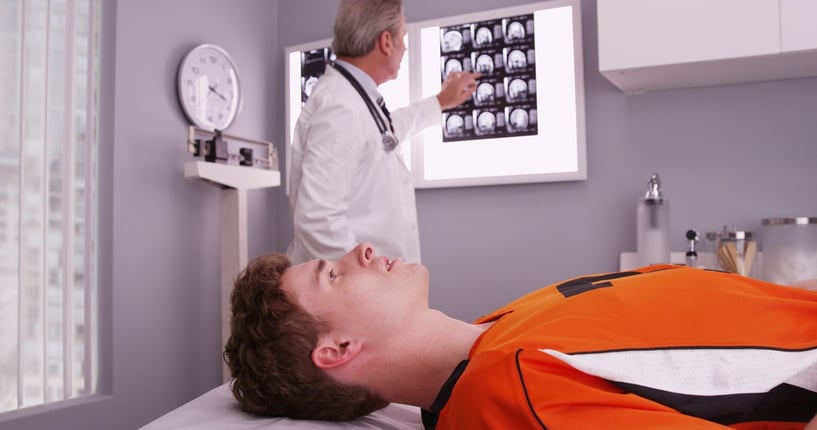 Head injuries can range in severity. Some closed injuries, like minor lacerations (cuts) to the scalp or surface contusions (bruises/bumps), may heal on their own with rest and an ice pack, not even requiring stitches. Even a skull fracture, if minor, may heal on its own.

However, because some serious brain injuries do not present with clear and obvious symptoms right away, the safest course of action if you've sustained a blow or severe force to the head or neck is to visit a doctor. A physician can examine you fully to rule out complications — for example, seizures, neurological problems, or bleeds or swelling that could lead to death.

Take note: Because some head injuries may have delayed symptoms, your doctor may request that a friend or relative observe you closely for behavioral or other changes that may indicate a more serious trauma.

the 4 MOST COMMON types of Head injuries 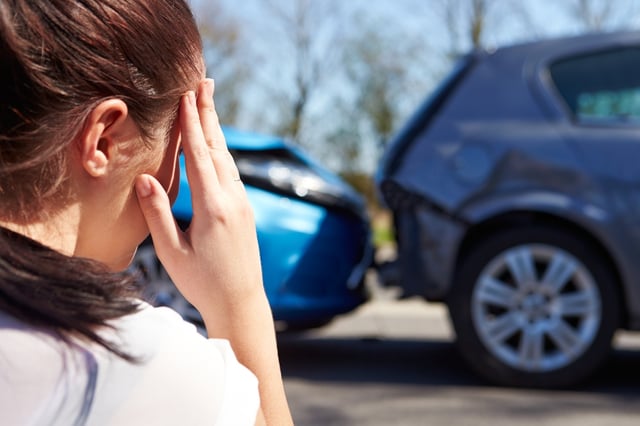 The most common head injuries are:

A concussion is a traumatic brain injury (TBI) caused by a blow to the head or a sudden, forceful shaking. The brain bumps against the inside of the skull, causing symptoms including blurry vision, a loss of balance, nausea, a ringing in the ears, or a dazed sensation. Most people with concussions do not lose consciousness at the time of injury.

Repeated concussions (for example, from being tackled at football or punched when boxing) can have long-term, harmful effects on the brain. All concussions are serious and any concussion can become life-threatening.

Brain contusions are localized bruises of brain tissue — essentially, bruises on the brain directly at the site of the blow or injury. Minor contusions can heal on their own, but more severe bruising may lead to bleeding and swelling that needs to be relieved through medical intervention (medications or surgery to reduce blood pressure or the pressure inside the skull). Very severe contusions can be life-threatening.

Symptoms and effects of brain contusions vary depending on the part of the brain that's been injured and how severe the contusion is. Headaches, memory issues, and problems thinking, speaking, or hearing are just a few possible effects.

A fractured skull has one or more cracks, usually caused by "blunt force trauma" — either an object striking the skull with a good deal of force, or the skull striking an object or hard surface. Examples include banging one's head on a hard floor, striking the windshield during a car accident, or being hit on the head by a hard object.

The most common skull fractures are linear, meaning they look like cracks on the surface of the skull. These can often mend on their own.

Depressed fractures can create depressions of the skull and may force bits of bone inward, which can cause bleeding or swelling in the brain. This type of fracture often requires surgery to relieve pressure and stop any bleeds.

Rarer fractures at the base of the skull may lead to a leaking of cerebrospinal fluid from the nose or ears. These are more often seen in very severe accidents.

In cases of severe head injuries, bleeding can collect in the layers of tissue between the brain and the skull. This is called a subdural hematoma, and it can be life-threatening. Left untreated, the pressure the pooling blood puts on the brain may lead to unconsciousness or even death.

Days or weeks may pass before someone with a hematoma shows clear symptoms like listlessness, headaches, dizziness, or nausea. Elderly people and people taking blood thinners are at a greater risk. If you fall into either of these categories, take special care to be examined fully after a head injury, and make sure someone is watching you for changes in behavior.

Common causes of head injuries in children and adults

What causes these types of head injuries, and who's at risk?

Statistically, traumatic brain injuries are most common in children up to age 14 and in seniors over the age of 65. The most common causes are:

COMMON CAUSES OF HEAD INJURIES IN infants and toddlers

If you or someone you know has sustained a head injury, don't take any risks by waiting for symptoms to develop. Remember, someone with a brain injury may not develop obvious signs of trauma for days or even weeks after being hurt. The safest thing you can do is to see a doctor immediately.