why are concussions becoming such a problem?

In recent years, the general public has become more educated about the dangers of concussions than at any previous time in history. This increased awareness may be attributed in part to advances in sports medicine, improvements in diagnosis and treatment, and increased media coverage — particularly of major sports stars, both past and present, who have suffered career-threatening head injuries.

Even with increasing public awareness of concussions and their causes and dangers, many people are still not completely aware of what concussions are — or of the actual rates of their occurrence.

WHAT IS A CONCUSSION?

Concussions are a common physical injury to the brain. As many as 3 to 4 million people are diagnosed with concussions each year.

Also known as an MTBI (Mild Traumatic Brain Injury), a concussion occurs when the brain impacts against the inside of the skull. This contact literally causes a bruise, or a cerebral contusion, on the surface of the brain — very similar to a common bruise to an arm or leg, caused by an impact with a hard object.

Fortunately, the majority of concussions are minor. Although the symptoms can be unpleasant, and include headaches, double or blurred vision, and dizziness, most people will experience a full recovery with sufficient rest and recovery time.

However, depending on the location and severity of this internal bruise on the brain, a host of much more serious symptoms can arise: migraines, amnesia, loss of consciousness, and even death.

HOW A CONCUSSION OCCURS

Most concussions are caused by a hard blow to the skull, or sudden acceleration or deceleration of the head. Normally, the brain is well-protected against all impacts. It is arguably the most well-protected of all organs in the body.

However, a concussion can occur if the head is hit harder than all these protective measures can compensate for. When this happens, the brain’s protective casing — the skull — becomes the actual instrument of concussing the very organ that it normally protects so well.

As an analogy, let’s compare the skull and brain can to a jar of pickles. Inside the jar (skull), the pickles (brain) float in liquid brine (CSF). If you pick up the jar and rock it gently, the pickles' movements will lag slightly behind their container, cushioned by the liquid filling the spaces between the glass and pickles. But if you shake the jar, you will see the pickles knocking against the inside of the glass. Shake the jar violently, and the pickles will become damaged, bruised, and broken.

who is at risk of a concussion?

Relatively few everyday activities put one in danger of a concussion. Normally, only some kind of accident will result in a concussion. Such situations include falling off of a ladder, being involved in a car crash, or encountering violent shaking of the head and upper body.

The most likely people to suffer from a mild traumatic brain injury are those participating in all forms of athletic activities.

Generally, all sports involve high-speed movements, both of a physical object (such as a hockey puck, tennis ball, or baseball bat) as well as of the human body (running, jumping, throwing, etc.)

This fundamental characteristic of sports puts all players at greater risk of concussions, from high school football to the National Football League, from Little League to Major League Baseball. 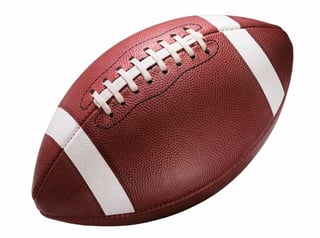 In recent years, an increasing number of news organizations have published stories of professional athletes suffering from severe long-term effects of concussions.

The reports range from baseball players being knocked unconscious by pitched balls or on-field collisions, to football players exhibiting bizarre, dangerous behaviors off the field. Concussion-related diseases have even been linked directly to the deaths of a disturbingly high number of athletes.

Hollywood has also played a large role in this elevated awareness of concussion injuries. Most recently, concussions reached the big screen. Movie star Will Smith starred in the 2016 movie “Concussion” in which he played Dr. Bennett Omalu, the doctor who first discovered the degenerative brain disease CTE (Chronic Traumatic Encephalopathy) during his 2002 examination of the body of former pro football player Mike Webster.

Webster’s behavior had altered significantly and in unusual ways before his death from a heart attack at the age of 50. Dr. Omalu found clumps of tau proteins within Webster’s brain, a discovery that was very similar to a well-known condition suffered by boxers — a condition caused by repeated and severe concussions.

Dr. Omalu's findings eventually led to more than 4,500 professional football players of the NFL Players Association suing the NFL. The lawsuit alleged the National Football League knowingly withheld information from its players about their increased risk of CTE, as well as the League's long-term refusal to acknowledge the validity of the findings of Dr. Omalu's and other researchers on the dangers of concussions in professional football.

The role of Professional Athletes in raising awareness

Professional athletes throughout all sports have taken active interests in raising public awareness about the dangers of concussions on sports.

Multiple organizations have developed and released websites dedicated to educating the public about concussions. Among them are the Centers for Disease Control (CDC), which has created a program, HEADS UP, to educate high school athletics coaches, players, and administrators on how to protect against brain injuries. The site even includes information on how to better recognize and treat concussions early.

Improvements in professional sports in recognition of the risks of concussions

All professional sports leagues have formally acknowledged the very real dangers of concussions for their athletes. In addition, the NCAA and other amateur and youth sports organizations have followed their example. All through American sports, significant changes have been implemented to each game's rules to protect the brains of their participants.

For example, Major League Baseball recently implemented a "Concussion Disabled List," and required all base coaches to wear hard plastic batting helmets while out on the field. Minor League Baseball (MiLB) now requires all players to wear a new, more thickly-padded helmet while batting and running the bases. The National Football League has attempted to lessen concussions through multiple measures, such as changing rules, outlawing specific plays, and increasing penalties for rule breaking.

The results have been mixed. Although reported concussions in the NFL dropped for several years, they jumped nearly 60% in 2015. In addition, over the last ten years, some data also found a 60% increase in concussions for people under the age of 24.

Concussions continue to be a particular concern among young athletes competing in high school sports and activities like football and competitive cheer, both of which are very popular in our state of Texas. For high school athletes, yearly high school sports physicals continue to be a necessity, both to rule out pre-existing conditions and as an opportunity to educate students about protecting themselves from all kinds of injury, including head injuries, during practice and games.